So, I actually wrote this four weeks ago and realized a few days ago I never posted it. Whoops.

One of my favorite things to do when I get to a new place is to just take off for a run and get good and lost. It’s such a great way to see places, people, and things you can easily miss when you are driving in a new area. Tim and I have done it on several trips and always have a great time finding hidden treasures.

I decided to do that yesterday and took off in the general direction of Nakagusuku Castle, because what could be better than a morning run to a castle?

Initially, my plan worked beautifully. I ran streets that were right next to base and yet I had never explored before, stopping every once in a while to check my phone and make sure I was heading in the right general direction. At one point, at the bottom of the hill leading up to the castle (it was a rather large hill) I had a feeling I had taken a wrong turn and sure enough, I was right. I was about to turn around when I realized there was a large park in front of me, so I went to investigate. It was beautiful, and shared the name of the castle. Then I saw a wooden path/staircase on the opposite side of the park cutting through the dense brush up the hill. Could I have discovered a hidden path to the castle? It seemed too good to be true, but I started up it. My legs were screaming, but I was determined now. Plus, with views like this, who could complain?

I kept going, alternately amazed by both the beauty of the forest and my fancy ninja moves as I got caught up in spider webs across the path. I came to a clearing and thought, ahh, finally  made it to the top. 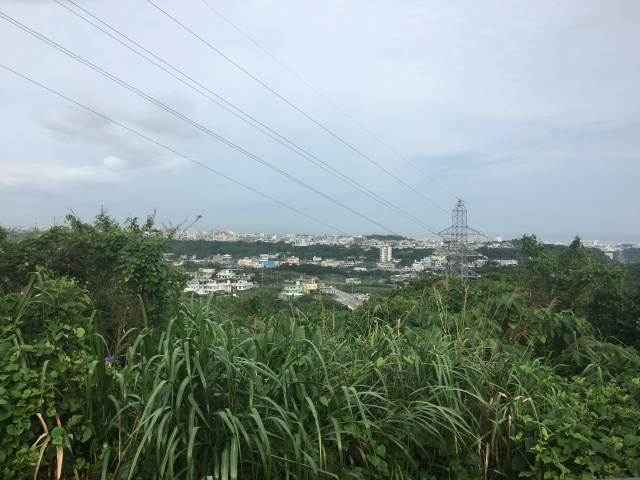 After all those stairs and all that anticipation of castle ruins appearing before me, imagine my surprise when I turned a corner and came across this sight instead…

What could I do but laugh, shake my head, and make my way back down? On the plus side, I did get to see some areas I hadn’t seen before…and I can try again to make it to the castle!

This entry was posted in Uncategorized. Bookmark the permalink.